Generally, solar panels are stationary and do not follow the movement of the sun. Here is a solar tracker system that tracks the sun’s movement across the sky and tries to maintain the solar panel perpendicular to the sun’s rays, ensuring that the maximum amount of sunlight is incident on the panel throughout the day. The solar tracking system starts following the sun right from dawn, throughout the day till evening and starts all over again from the dawn the next day.

Trackers direct solar panels or modules toward the sun. These devices change their orientation throughout the day to follow the sun’s path to maximize energy capture.

In photovoltaic systems, trackers help minimize the angle of incidence (the angle that a ray of light makes with a line perpendicular to the surface) between the incoming light and the panel, which increases the amount of energy the installation produces. Concentrated solar photovoltaics and concentrated solar thermal have optics that directly accept sunlight, so solar trackers must be angled correctly to collect energy. All concentrated solar systems have trackers because the systems do not produce energy unless directed correctly toward the sun.

Single-axis solar trackers rotate on one axis moving back and forth in a single direction. Different types of single-axis trackers include horizontal, vertical, tilted, and polar aligned, which rotate as the names imply. Dual-axis trackers continually face the sun because they can move in two different directions. Types include tip-tilt and azimuth-altitude. Dual-axis tracking is typically used to orient a mirror and redirect sunlight along a fixed axis towards a stationary receiver. Because these trackers follow the sun vertically and horizontally they help obtain maximum solar energy generation.

There are also several methods of driving solar trackers. Passive trackers move from a compressed gas fluid driven to one side or the other. Motors and gear train direct active solar trackers by means of a controller that responds to the sun’s direction. Finally, a chronological tracker counteracts the Earth’s rotation by turning in the opposite direction.

The use of solar trackers can increase electricity production by around a third, and some claim by as much as 40% in some regions, compared with modules at a fixed angle. In any solar application, the conversion efficiency is improved when the modules are continually adjusted to the optimum angle as the sun traverses the sky. As improved efficiency means improved yield, use of trackers can make quite a difference to the income from a large plant. This is why utility-scale solar installations are increasingly being mounted on tracking systems

There are, however, some disadvantages of solar trackers. Adding a solar tracking system means added more equipment, moving parts and gears, that will require regular maintenance and repair or replacement of broken parts. Also, if the solar tracker system breaks down when the solar panels are at an extreme angle, the loss of production until the system is functional again can be substantial. A solar tracker is also more prone to be damaged in a storm than the actual panels.

There can also be a problem with warranties. A fixed-solar system that will last 30 years usually comes with a 25-year power performance guarantee. But a solar-tracked system comes only with a 5 to 10-year warranty. 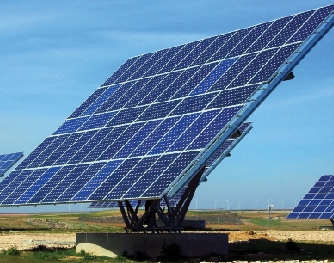 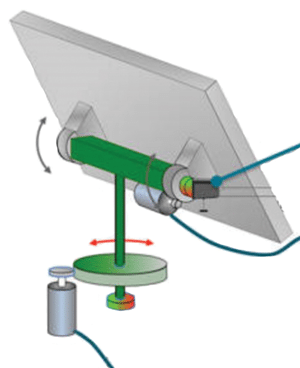